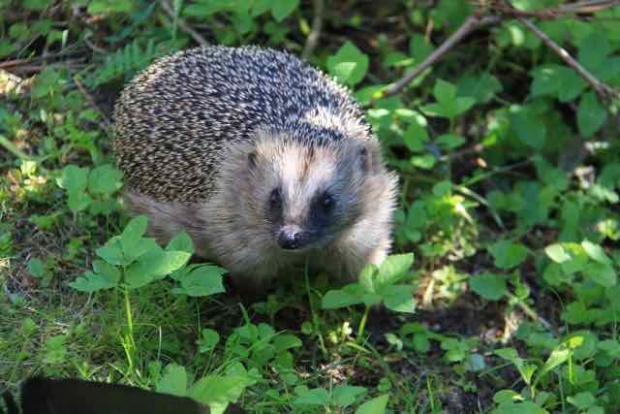 (Note: All photos by the author unless otherwise indicated)

Finland: The land of the Midnight Sun, thirty thousand lakes and five thousand islands. The land where people are born with cross-country skis on their feet. This is where I grew up. Last summer I travelled back for an overdue visit.

First a few geographic, geological and historical facts. From top to bottom Finland is approximately 1100 km long. It’s hugged by two arms of the Baltic Sea in the south and west. It borders with Sweden and Norway in the north and with Russia to the east.

Compared to Canada, the southern edge is at the same latitude as White Horse and it stretches north to about Tuktoyaktuk. A thick glacier covered the entire country during the last ice age. The receding ice scoured away top soil leaving behind eskers and alvars, polished worn, striated granite and lakes, much like in northern Ontario. The thick ice shield weighted the earth’s crust down and today it is still rebounding at a rate of about 1 cm per year. The proximity to the Baltic Sea and the warm Gulf Current that runs up along the west coast of Norway moderates the climate of this northern country.

2017 marked 100 years of independence. After centuries as part of the Swedish Empire, Finland became the personal property of the Russian Czar after the Napoleonic wars in the early 1800’s. When the realm of the Czars crashed during the Bolshevik Revolution, Finland saw the opportunity for independence in 1917. The Finn population and its language stayed isolated for centuries. Originally part of the Fenno-Ugrish tribe traced back to the Ural Mountains in Central Europe it is only related to Hungarians and Estonians. Today Finland is cosmopolitan with a population about 5 million. Besides Finnish and Swedish, the two official languages, English is widely spoken. 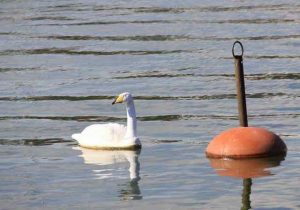 Long, warm days make midsummer high season for visitors. In the capital Helsinki, the Esplanade and the waterfront parks buzz with activity: Al fresco restaurants, a large open-air market and an old market hall where a glass of wine and a gravlax sandwich are a must.

Mute Swans, “Singing” Swans (much like our Tundra Swans) and Mallards paddle along the harbour front while House Sparrows, Rock Pigeons, black and grey Crows, Gulls and black Oyster Catchers pick for crumbs and grubs on land.

While visiting my cousin’s garden allotment, located in an oasis of several acres with small well-tended gardens and tiny cottages in the middle of the city, we observed a hedgehog (see feature photo at top of article). Although nocturnal, it appeared in the middle of the day. It is used to a treat of cat food whenever my cousin shows up. Once very common, these creatures are now endangered due to disease, road mortality and habitat destruction.

A two-hour train ride through the southern farm country, where you might spot a grazing moose or two, takes you to the city of Turku in the south-west corner of the country, my old stomping grounds. My old high school in the centre of the city is now a microbrewery and pub called “The School”. Nothing like downing a pint in the shady beer garden in the old school yard! 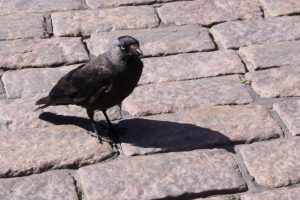 Jackdaws (Corvus monedula) take care of leftover crumbs from your snack. Common in central Europe, these birds are a very rare protected species in Finland. A small colony is roosting and nesting in the bell tower of the old cathedral.

Turku is the gateway to the archipelago of more than 5000 islands between Finland and Sweden. My brother lives on one of the larger islands on an old farm a stone’s throw from a bay.

Early July is high nesting season for local birds. Barn Swallows, Käenpiika (Jynx torquilla, a small migratory bird of the Woodpecker family), and black and white Flycatchers (similar to our Phoebe) were rearing their young under the eaves and in the nesting boxes around the farm. Cranes were calling on the nearby fields in the wee hours of the morning. It only gets dusky for a couple of hours in the middle of the night this time of the year. 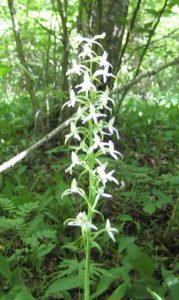 The forest edges, roadsides and ditches were ablaze with wildflowers: Red and White Clover, Oxeye Daisies, Queen-of-the-Meadows, white and yellow Bedstraw, Fireweed and sedges, to mention a few. A rare orchid, the Greater Butterfly Orchid (Platanthera chlorantha) was in flower behind the barn. This orchid attracts moth pollinators at night with its exquisite perfume.

A couple of days visiting my old friends at their cottage on a small island rounded up my visit to Finland. The smooth polished exposed granite is host to mosses and lichens; wind beaten pines cling to cracks in the rock; and, in moist pockets the low-bush blueberries were ripening.

Ravens, Sea Eagles, Eiders, Gulls, Common Goldeneye and other seabirds frequent the islands. Here also the pesky Phragmites is choking up shallows in the bays. Some creative people are using it as fake thatch on top of corrugated tin roofing. Only two species of snakes exist here: the non-venomous Yellow-eared Gartersnake and the venomous Adder with its characteristic zigzag pattern along its back. 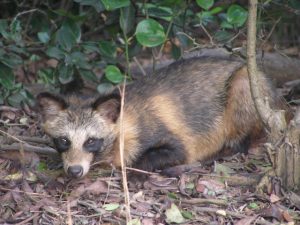 Small rodents, Red Squirrels with their tufted ears, hares and various mice are common. During the winter, moose, foxes and Raccoondogs cross over the ice to the islands. The Raccoondog (Nyctereutes procyonoides) is a more recent invader from Russia.

Other recent introductions are Beaver and Whitetail Deer. Brown Bear, Wolf, Wolverine, Lynx and Reindeer occur in the eastern and northern wilderness. Many food fish thrive in the brackish waters of the Baltic: Perch, Pickerel, Pike, Trout, etc. Smoked Baltic Herring is always a treat. A real Finnish sauna after dinner and a skinny-dip in the chilly Baltic (+15C) makes you feel alive. 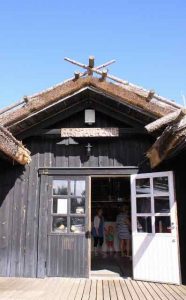 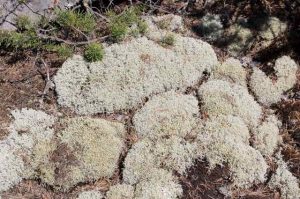 Posted On December 10, 2019
By Jan and Len Grincevicius We had talked about going on an Alaska Cruise since we retired almost 10 years ago. This year, we decided…

Posted On November 1, 2018
By George Pond (All photos by the author) I suppose my “Bucket List” desire to visit Borneo goes back to my public school days of…