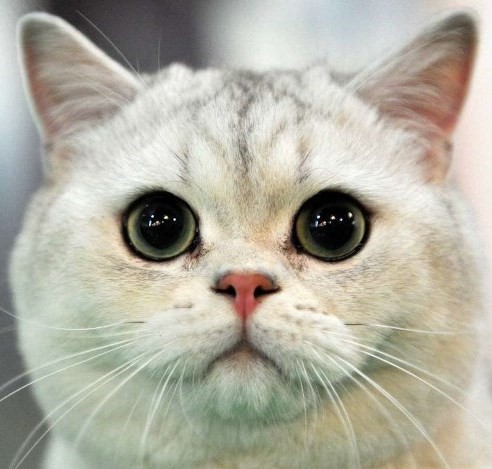 The feral cat issue is a major one in Norfolk (as it is elsewhere). Research backs that up. Feral cats are a serious threat, not just to birds, but small mammals, reptiles and amphibians as well as the health and well-being of livestock and humans.

“As a recent study by Scott Loss at the Migratory Bird Center of the Smithsonian Conservation Biology Institute at the National Zoological Park in Washington, D.C. has shown, cats kill more than an estimated 3.5 billion birds and many more mammals, reptiles and amphibians every year. That means predation of cats on native birds far exceeds all other mortality factors – including habitat destruction, collisions with structures such as buildings, wind turbines, and pesticide poisoning. In Norfolk County, with county-based estimates of as high as 30,000 cats, that would eclipse all other predators (including fox, coyote, badger and raccoon) combined.
Scott Petrie, former Executive Director with Long Point Waterfowl, estimates nearly 1 million birds in Norfolk County are predated on by cats. That is a huge impact on our local biodiversity.” (Quote by Bernie Solymár from a letter sent to Norfolk County Council on behalf of NFN)

Other concerns are risks to public health and safety. The following is an excerpt from a quote by Mary Gartshore:

” In today’s sanitized and food safe farm environment there is no place for cats and their several diseases – rabies and toxoplasmosis to name two – both transmissible to livestock… This is one of the most significant parasitic zoonoses in humans and causes significant losses, as well, in livestock worldwide through spontaneous abortion or neonatal death. Public Health agencies worldwide continue to encourage all countries to track this disease…” In fact, cats are the most important species in the life cycle of the parasite responsible for toxoplasmosis. In three separate studies most feral cats (62% to 80%) tested positive for toxoplasmosis. Some other diseases transmitted to other animals and humans by feral (and other unvaccinated) cats are cat scratch fever, plague, ringworm and salmonellosis. Feral cats are hosts to fleas and ticks that are known carriers of diseases that can be transmitted to humans.

Sue Saunders of St. Williams commented on diseases carried and spread by cats in a Letter to the Editor in the Simcoe Reformer: “…What will be
done with the (neutered and released) feral cats with health issues such as cat retrovirus leukaemia? Will they be tested for leukaemia and other lethal contagious illnesses? Releasing neutered feral cats back into the wild may not be in the best interest of the cats and may not reduce their suffering in the long run.”

The University of Nebraska School of Natural Resources cooperating with the Counties and the US Department of Agriculture in Lincoln, Nebraska, has conducted a lengthy study on the subject of feral cats and their management. Here are a few highlights:

The life expectancy of feral cats is 3 to 5 years compared to 15 years for owned cats. They are prolific breeders and can produce up to 5 litters per year of 2 – 10 kittens per litter. The Humane Society of the US estimates that a pair of breeding cats and their offspring can produce over 400,000 cats in 7 years under ideal conditions.

Proponents of feral cats also suggest that well-fed cats do not prey on wildlife. Research shows that cats maintain their predatory instincts no matter how well-fed they are. The diets of well-fed house-based cats in Sweden consisted of 15 to 90% native prey, depending on availability.

Trap-Neuter-Vaccinate-Release (TNVR) practices are suggested as a humane and non-lethal solution to reduce populations of feral cats. Studies indicate TNVR can help to reduce the expansion of feral cat colonies. In one study, a population included about 920 cats before TNVR and 678 after. However, the estimate rose to 983 cats after including immigration and births into the colony. Models have estimated that more than 70% of a population of feral cats must be spayed or neutered before it will decline. No real-world example of eliminating a colony through TNVR exists, and evidence of large-scale colony reduction is anecdotal. Furthermore, TNVR can cost over $100 per cat (US$) and the cats are still able to prey on native birds and mammals, etc.

“Down Under” Australia is proposing drastic measures: Australian cat owners could have to keep their pets indoors permanently under a ’24-hour cat curfew’ proposed by the government. The proposal has been made by Australia’s first ‘threatened species commissioner’, Gregory Andrews, in a bid to protect native animals facing extinction due to cat attacks, according to The Sydney Morning Herald. He said the government will seek public support for “24-hour containment requirements for domestic cats, particularly close to identified conservation areas of significance”. The measure is already in place in some jurisdictions and could be rolled out across the country.

The country is currently facing a cat crisis as it struggles to cope with huge numbers of the animals. Cats were introduced to the area about 200 years ago by European settlers and bred and spread rapidly across the Australian continent and New Zealand. According to one estimate, the approximately 20 million cats in Australia kill around 75 million native animals a day. Australia is thought to have one of the worst extinction records in the world, losing about 29 native mammal species since the European arrival. It now lists some 1,800 species as under threat.

This issue is a difficult one to deal with for most people because of the emotional nature of it. Decide for yourselves.

Posted On July 13, 2014
By Rick Levick Plans to install up to nine more wildlife culverts under the Long Point Causeway are moving ahead now that the Environment Assessment…